This experimental choreographic work is an investigation into the reality of the body — a rapidly unfolding danse macabre unpicking the philosophical underpinnings of the aestheticised human form. The work examines the visionary body and the body as a vision, using as its inspiration the strange discovery that Michelangelo's only known self portrait is in the form of St Bartholomew's skin — a saint who was crucified upside down, skinned alive and beheaded. POST REALITY VISION is about the confrontation of the body vs all the un-reality we have built, presenting the body as proof that reality still exists.

“Almost every drawing is covered in a welter of lines and shapes and stories whose overall decorative effect is as potent as its individual moments of virile vision… We tend to think of draftsmen as constantly paring back from their first thoughts, as finding order and form in chaos. But with Michelangelo there’s often more addition than erasure… Which tiny muscle, lymph node or tear duct was not worthy of attention? Each one deserved to be set down on paper from any number of angles, generating an overflow of schemata whose rendering  threatened to rip holes in the sheet… To truly come to grips with the world is to get lost in its plenitude” - Blake Gopnik on Michelangelo
​
The 25 minute prelude to this piece was a finalist in the 2018 Keir Choreographic Award, presented by Dancehouse Melbourne and Carriageworks Sydney; supported by The Keir Foundation; and the Australian Government through the Australia Council for the Arts. This work has also received further support from Dance Massive Festival; Dancehouse; and the Victorian Government through Creative Victoria.
​
REVIEWS:
​
"Nana Biluš Abaffy’s anarchic Post Reality Vision... presented complex visions of how the inherently organisational practice of choreography might produce revelatory states of chaos."
- Elyssia Bugg, un Magazine 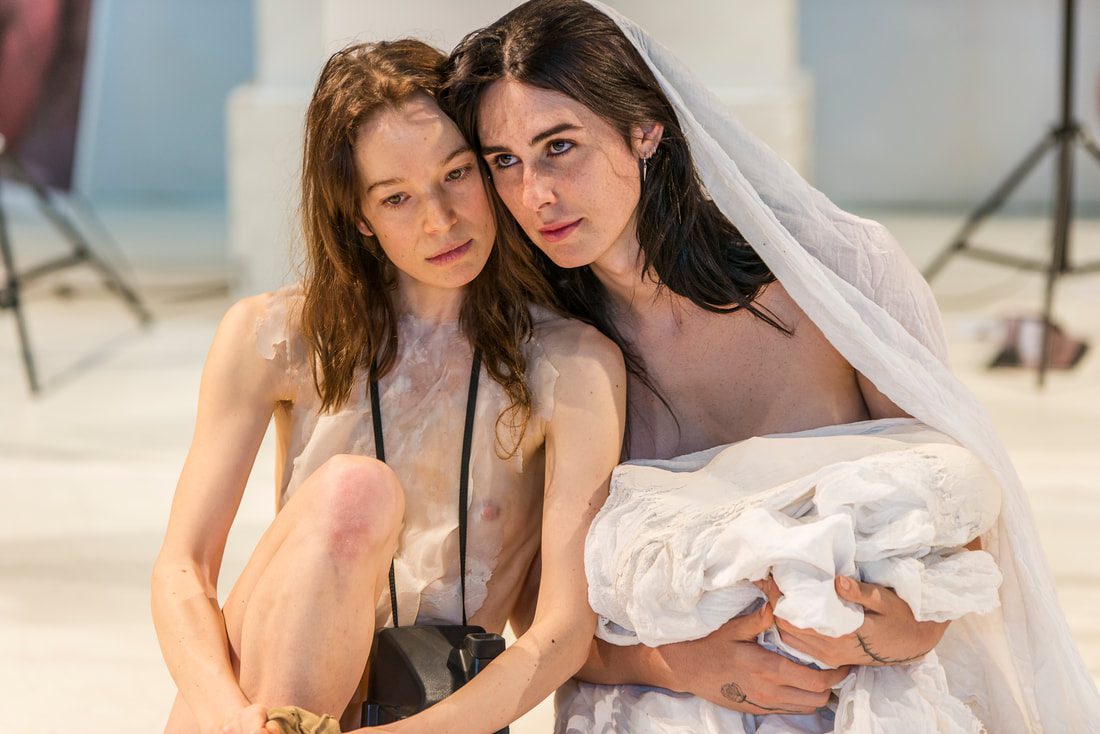 "A VISION FROM BEYOND CHAOS - Nana Bilus Abaffy stands out among peers for making movement-based pieces that draw chiefly from experimental theatre."
​- Jana Perkovic, THE AGE 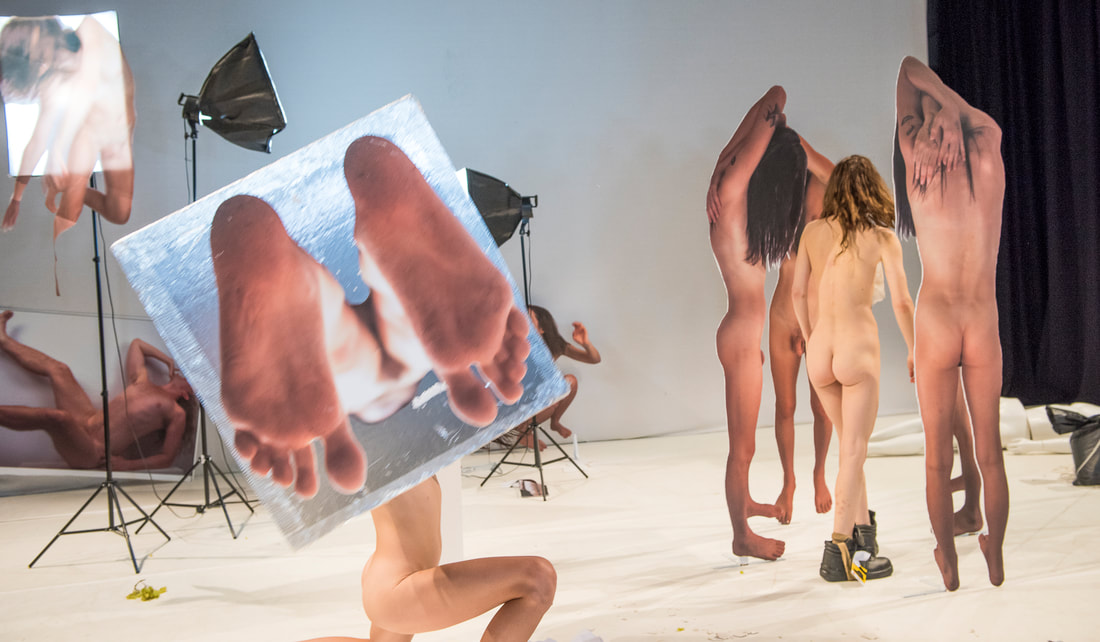 "What we see here is a kind of staged counter-insurgency. Post Reality Vision proposes an assault against the palaces of representation and a disruption of the mediated gaze. The corporeal is asserted in all its awkwardness ... it’s a comic but nonetheless sincere attempt by the performers to reclaim autonomy over their own objectification... there are moments of comic delicacy, too. Biluš Abaffy is so light on her feet. And her gestures have a kind of exaggerated expressivity. An ironic intensity."
​- Andrew Fuhrmann, WITNESS PERFORMANCE 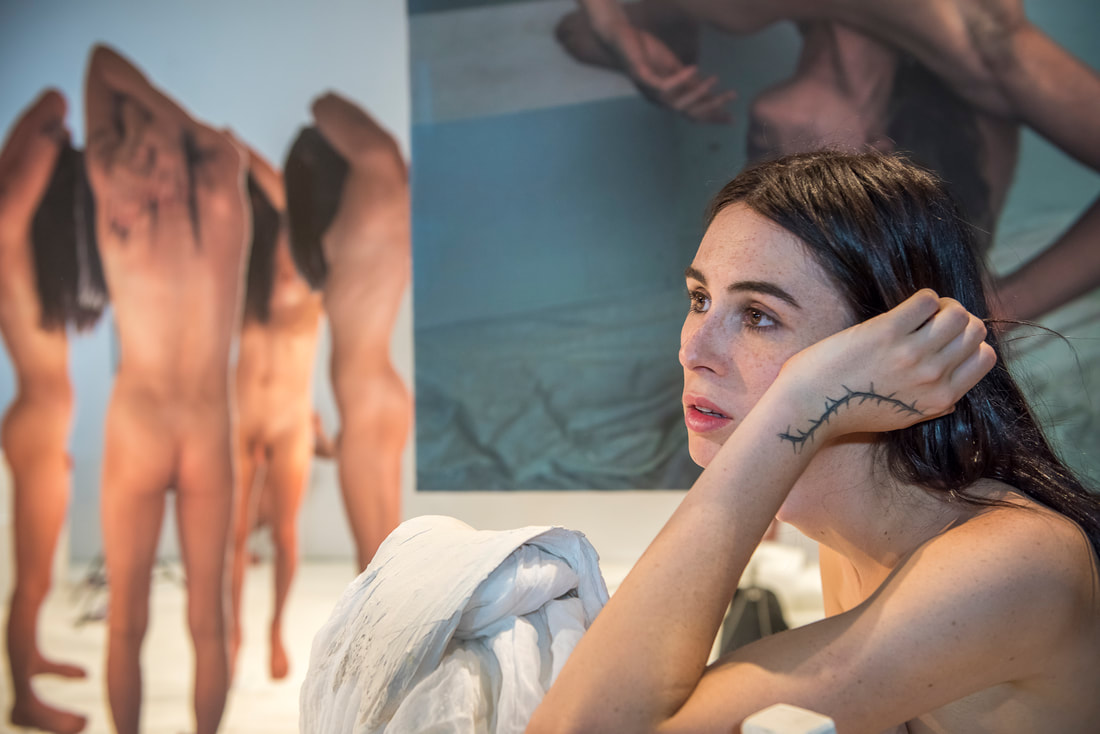 "Nana Bilus Abaffy has work to do, and those in her immediate vicinity best beware. A puss in boots who will walk all over contemporary forms of representation, Abaffy’s boots are mad for walking... this wry performance is also an ironic commentary upon artistic stasis and, despite an apparent shambolic form, is nicely tuned and structured in a deceptively disciplined manner. Like Plato’s cave, this performance lingers in the mind as a statement about the potential for art to dispel tedium – in art’s struggle with death – and the barely concealed terror of being alive..."
- Tony Reck, TONY RECK REVIEWS 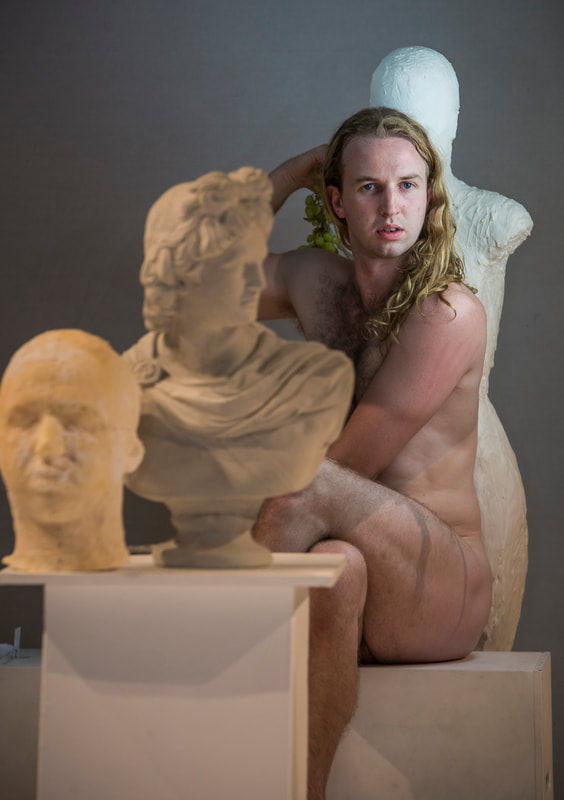 "Sometimes art can sweep you off your feet and take you somewhere magical, this performance is one such occasion…. Post Reality Vision, created by Nana Biluš Abaffy, is a ludicrously fun affair, a manage-a-trois between three virile dancers, who slip effortlessly between the roles of protagonist, antagonist and art director."
- Jessi Lewis, MELBOURNE CRITIQUE 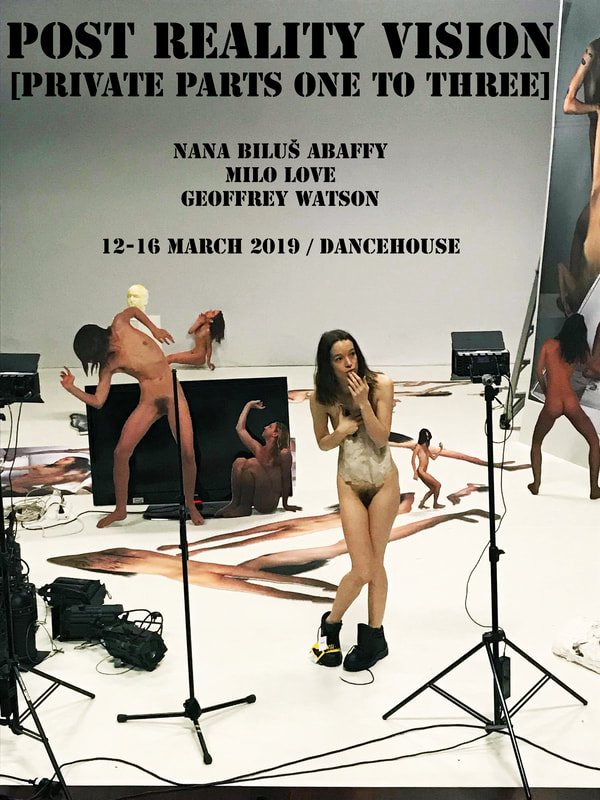